How Do You Know If Your Car Has A Fatal Case Of Rust?

There's a killer on the loose, and there's not much you can do to stop it once it takes hold. Rust is one of the most feared terms in the automotive world. Not only can this chemical process leave your car looking ugly and worn, but it can also make it unsafe to drive. Given enough time, rust will eat away at the metal on your car, leaving little behind that's still recognizable.

Unfortunately, rust is often one of the clearer-cut justifications for junking an old beater. Once rust takes hold, it can be hard to sell your car, and you're unlikely to get much money even if you do find a buyer. Fortunately, junk car buyers aren't so vain, so you can still scrap your old rusty hulk. These three questions will help determine if your car's rust is part of a terminal condition.

1. Is the Rust Structural?

Structural rust can be a surprisingly complex topic with modern cars. Since many modern vehicles use unibody frames, there's no longer a discrete steel frame under the vehicle. However, that doesn't mean that structural rust doesn't exist. Rust on parts of the subframe, floor panels, and other critical components can affect how a car drives and potentially make it unsafe.

Unfortunately, it's rarely worth repairing old, low-value cars with substantial structural rust. Repairing body damage like this can often exceed the car's value, leaving you with a hefty repair bill and a car that's still not worth much. Once rust takes hold in these areas, it's probably time to sell your junk car before the problem progresses.

2. Do You Have Penetrating Rust?

Rust levels up over time, and penetrating rust is its final form. When rust reaches this stage in its lifecycle, it's already eaten through a substantial portion of your car's metal. You can recognize penetrating rust because it will flake off, leaving noticeable holes and gaps. In extreme cases, you might be able to punch a hole through the rust with barely any force at all.

There's no way to repair penetrating rust aside from welding new metal or replacing the body panel. These approaches may still be worthwhile on easy-to-replace panels such as your trunk or hood, but they're far costlier for fenders, roofs, or other structural parts. Penetrating rust is another solid sign that it's time to ditch your old beater.

3. Is the Rust Affecting Your Car Mechanically?

Rust can impact many mechanical elements of a vehicle, especially if the undercarriage sits in water for too long. Suspension, steering, and exhaust components can rust out, leading to costly and frustrating repairs. If you need to repair expensive, rusted-out parts on your undercarriage or suspension, it's probably a good idea to save your money and hand your car over to a junk buyer.

To sell your junk car, contact a buyer such as Cash For Cars. 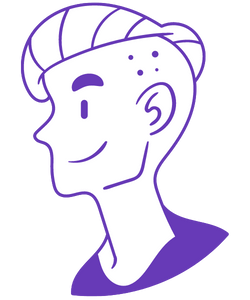 If someone wrecks a car, you often assume that's a bad thing. Indeed, if someone is driving a car and gets into a crash, that is generally bad news. But there is another context in which the term "auto wrecking" can be used — and it frames auto wrecking positively, for sure. Auto wrecking is the practice of taking apart old and broken down cars so that any useful parts can be salvaged. Some parts may be recycled as metal. Other parts may be pulled and put into other vehicles. But in any case, auto wrecking helps salvage car parts, and we'd love to share more about that on this blog.